Vehicle Details
the INFINITI JX35 has gone through a stringent pre-owned certification process, including a meticulous mechanical and reconditioning processes. Take the stress out of car buying with this certified pre-owned. This unit has lots of cargo space. This 2013 INFINITI JX35 is a great vehicle for families. It sips fuel. Enjoy your driving more! This is one of the most exciting vehicles to drive in its class. The performance tuned suspension of this mid-size suv handles great on all turns. The INFINITI JX35 comes loaded with all the features that will meet your needs and then some. Be sure to review the options listed on this page. This unit has dependability you can trust. This model comes standard with numerous top of the line safety features. This vehicle is an all-around vehicle, well equipped for anything. Whether it is work or play this is a very functional vehicle that will meet all your requirements. This is one of the cleanest vehicles we have seen. Our dealership performed a safety and mechanical inspection of this unit upon arrival. We have inspected the vehicle. It required minimal reconditioning. It is in above average condition. It is clear the previous owner took great care of it. This vehicle will give you many years of use as it has very low mileage. This model has never been smoked in. We welcome pre-buy inspections. Schedule an appointment today to view this vehicle. Our service and detail departments pride themselves on inspecting every trade-in. We spent several diligent hours cleaning and maintaining to ensure 100% customer satisfaction. Our dealership has already run the CARFAX report and it is clean. A clean CARFAX is a great asset for resale value in the future. CARFAX will pay the purchase price if there are any major damages not reported in the CARFAX report. Call or stop in to review the CARFAX report on this vehicle. We encourage a pre-buy inspection with a vehicle history report for all customers. Our vehicle history analysis and onsite inspection confirms this vehicle has never been in an accident. The exterior screams sophistication with long clean lines. This INFINITI JX35 has a ton of curb appeal. The eye catching style of the INFINITI JX35 will turn heads. This exceptionally comfortable cabin is ideal for long road trips. The interior is flawless and feels like you’re in a new vehicle. The well designed interior is both functional and comfortable. The window design gives the driver excellent visibility. The hi-tech features of the dashboard and interior will take you by surprise on your test drive. The interior has expansive leg room. The luxurious refined interior of this model surrounds you with unsurpassed quality. The interior is very refined. There is plenty of room for the whole family and it's perfect for the long summer road trips. This is one of our most aggressively priced units. This vehicle is priced below blue book. This 2013 INFINITI JX35 is priced to sell IMMEDIATELY! Move fast! Management has slashed the price to sell it this week. Good credit or bad credit, we can get you a great loan! The vehicle has guaranteed financing. You will be hard pressed to find another one with a price this good. The price has recently been reduced. Special financing terms are available. Ask about our great rates! Protect yourself by ensuring it is covered by a warranty at all times. Ask about an extended warranty. Rates as low as 1.9% apr No Money down Zero down Low down payments Bad credit accepted We know bad things happen to good people......... Repo, Bankruptcy, Foreclosure, slow pay, Medical bills Everyone is approved IF YOU DON'T COME SEE ME, I CAN'T SAVE YOU ANY MONEY!!!!!!!!!!!!!!!!!!!! VOTED BEST USED CAR DEALER IN PENSACOLA

Model Overview
Infiniti's designers had the luxury of starting with a blank sheet of paper when they designed the JX. This has allowed Infiniti to concentrate from the beginning on the things they felt were important to the vehicle, starting with three-row seating. The rear seats offer plenty of room, the second and third rows offering more leg room than a Cadillac Escalade. Both sets of rear seats are able to fold forward for more utility and both sets of rear seats are able to recline for comfort. Furthermore the JX's long doors allow relatively easy access to the third row, further aided by a long forward slide for the second row seat. The end result is segment-leading passenger room and segment leading cargo space with the rear seats folded flat and the second row slid as far forward as possible.
Space is only part of the story with the JX though. A 4-year subscription to Infiniti Personal Assistant is included with the purchase of a JX. The goal of Infiniti Personal Assistant is to have a concierge available at all times to find restaurants, make reservations, find points of interest or even just answer trivia questions. The service is available 24 hours a day.

Other cool luxury features available in the JX include an adaptive cruise control system which will slow down and speed up the vehicle automatically to keep up with traffic. The system uses a laser beam to measure the distance between the JX and the vehicle ahead of it on the highway, maintaining a set distance. Parents of teens with driver's licenses will also be pleased with the Drive Zone Boundaries and Speed Alert functions available on navigation-equipped JX's. These systems allow parents to more effectively monitor the whereabouts of their children, sending a text message to parents if their children speed or go somewhere unexpected with the vehicle.

Infiniti has revised their Blind Spot Intervention System for the 2013 JX. It now includes the Backup Collision Intervention System. When the JX is reversing, the system will detect vehicles coming from either side of the JX and give 3 layers of warnings, visual audio and finally force feedback through the pedal. If the driver still hasn't responded the system will actually apply the brakes itself, preventing a potential accident. This can be used to supplement the various other systems available on the JX including the Around View Monitor, which shows a virtual 360 degree view of the area surrounding the JX and Blind Spot Warning, which displays an indicator light if another vehicle is detected in the JX's blind spot.

The 2013 Infiniti JX is powered by a 3.5L V6, making 265 horsepower. This is married to a continuously variable transmission with either front or all-wheel drive available, giving the JX both decent fuel economy and more than enough power to keep the vehicle from feeling sluggish. 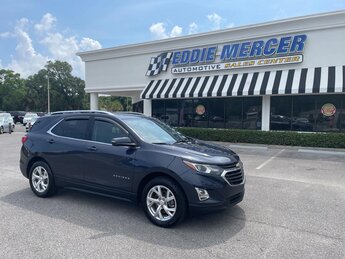