VOTED BEST USED CAR DEALER IN PENSACOLA
Rates as low as 1.9% apr No Money down Zero down Low down payments Bad credit accepted We know bad things happen to good people......... Repo, Bankruptcy, Foreclosure, slow pay, Medical bills Everyone is approved
This one is equipped with Apple Car Play and Android Auto.
Eddie Mercer - Automotive Sales Center is committed to 100% customer satisfaction, no exceptions. We are honored at the opportunity to earn your business. Welcome to Eddie Mercer - Automotive Sales Center. Our team strives to make your next vehicle purchase hassle free.

Vehicle Details
The speed and passing capabilities of the Ford Mustang will impress. This model sips fuel. Enjoy your driving more! This is one of the most exciting vehicles to drive in its class. The performance tuned suspension of this model handles great on all turns. The vehicle comes loaded with all the features that will meet your needs and then some. Be sure to review the options listed on this page. The Ford Mustang has amazing acceleration and passing capabilities. Be the first off the line with the quickness of the Ford Mustang. This vehicle is a rare vehicle and is hard to find. With having reputation for being one of the most dependable vehicles on the road,the Ford Mustang won't let you down. This small car is an all-around vehicle, well equipped for anything. Whether it is work or play this is a very functional vehicle that will meet all your requirements. This is one of the cleanest vehicles we have seen. This unit has been maintained at the dealership. We have inspected the vehicle. It required minimal reconditioning. It is in above average condition. It is clear the previous owner took great care of it. Our dealership performed a safety and mechanical inspection of this unit upon arrival. The vehicle will give you many years of use as it has very low mileage. This small car has never been smoked in. We welcome pre-buy inspections. Schedule an appointment today to view this vehicle. A complete detail and reconditioning process has been completed. CARFAX will pay the purchase price if there are any major damages not reported in the CARFAX report. Call or stop in to review the CARFAX report on this vehicle. We encourage a pre-buy inspection with a vehicle history report for all customers. You will know exactly what work has been done on this vehicle after we supply you with detailed maintenance records. Call or stop by to review them today. Smooth clean lines wrap this Ford Mustang like silk. You will immediately be impressed by the curb appeal of this model. There are few comparable vehicles that match it‘s style and sophistication. The tires are in great condition. All four tread heights are above manufacturer specification. This exceptionally comfortable cabin is ideal for long road trips. The intuitive interior design is extremely functional and improves the daily driving experience. The window design gives the driver excellent visibility. The hi-tech features of the dashboard and interior will take you by surprise on your test drive. Taller drivers and passengers will love the extra leg room included in this spacious cabin. The interior is very refined. There is plenty of room for the whole family and it's perfect for the long summer road trips. This is one of our most aggressively priced units. The vehicle is priced below blue book. PRICE REDUCTION! This vehicle must be liquidated this week! Good credit or bad credit, we can get you a great loan! We offer guaranteed financing regardless of credit history on this vehicle. The Ford Mustang is aggressively priced to move. The price has recently been reduced. Save big with the special financing rates and terms are being offered. Protect yourself with an extended warranty. Ask about options. This one is equipped with Apple Car Play and Android Auto. Rates as low as 1.9% apr No Money down Zero down Low down payments Bad credit accepted We know bad things happen to good people......... Repo, Bankruptcy, Foreclosure, slow pay, Medical bills Everyone is approved IF YOU DON'T COME SEE ME, I CAN'T SAVE YOU ANY MONEY!!!!!!!!!!!!!!!!!!!! VOTED BEST USED CAR DEALER IN PENSACOLA

Equipment
See what's behind you with the back up camera on the Ford Mustang. It is rear wheel drive. Set the temperature exactly where you are most comfortable in this 2017 Ford Mustang . The fan speed and temperature will automatically adjust to maintain your preferred zone climate. The vehicle shines with clean polished lines coated with an elegant white finish. The vehicle has a 2.3 liter 4 Cylinder Engine high output engine. This small car is built for driving comfort with a telescoping wheel. Enjoy the tried and true gasoline engine in this 2017 Ford Mustang . Anti-lock brakes are standard on the Ford Mustang. This small car is easy to park.Protect the vehicle from unwanted accidents with a cutting edge backup camera system. Maintaining a stable interior temperature in this small car is easy with the climate control system. Enjoy the incredible handling with the rear wheel drive on this vehicle.

Model Overview
The 2017 Mustang is available as a fastback or as convertible, with one of four engines. The base engine is a 3.7L V6, while the mid-level engine is a 2.3L turbocharged 4-cylinder. More powerful Mustang GT variants are powered by a 5.0L V8. The top of the line engine is a 5.2L V8 powering GT350 models. The V6 and 4-cylinder engines both make over 300 horsepower, while the V8 engine in the GT makes well over 400 horsepower. The GT350 is rated at 526 hp. In other words, the Mustang is fast in all of its forms. All engines can be mated to either a 6-speed automatic or a 6-speed manual transmission. Adjustable driving modes such as Normal, Snow/Wet, Sport and Track allow drivers to custom-tune the responsiveness of the Mustang to the task at hand.
There are seven trim levels for the fastback: V6, EcoBoost, EcoBoost Premium, GT, GT Premium, GT350 and GT350R. The convertibles simplify things by only offering V6, EcoBoost Premium and GT Premium trims.

The Shelby GT350 and GT350R variants use a special flat plane crankshaft that allows its big V8 engine to rev to over 8000RPM. It's a very special engine, using technology that's normally found in high end supercars. Usually, a larger V8 means lots of torque lower in the rev range, but a compromised ability to make power at higher RPM. With the Shelby GT350 there are no such compromises. The GT350 also gets magnetic shocks, a more aggressive exterior package and various interior badges. 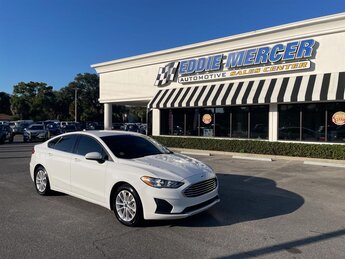 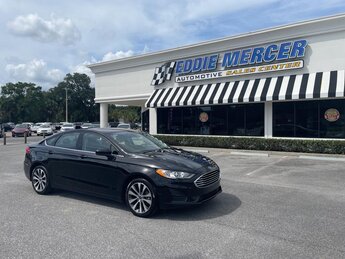 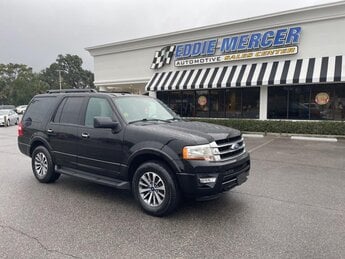 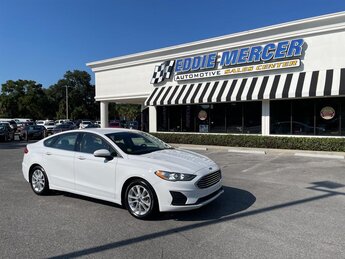