Summary
I can't save you any money if you don't come see me.

Vehicle Details
Enjoy your driving more! This is one of the most exciting vehicles to drive in its class. It is roomy and has a smooth ride. The vehicle is fully loaded with all equipment options. This Cadillac SRX has amazing acceleration and passing capabilities. This model has dependability you can trust. This is one of the cleanest vehicles we have seen. The vehicle is in great condition. Our dealership performed a safety and mechanical inspection of this 2013 Cadillac SRX upon arrival. Have peace of mind knowing it has never been smoked in. Feel free to visit our lot to complete a full pre-buy inspection on this –subject-. There is no better way to determine condition than to “hand touch” the vehicle. Our service and detail departments pride themselves on inspecting every trade-in. We spent several diligent hours cleaning and maintaining to ensure 100% customer satisfaction. AutoCheck Buyback Protection is available at no extra cost. It provides a full year of coverage to protect you from major title problems that are missed from the Department of Motor Vehicles. It covers what you paid (up to 110% of the NADAguides.com published retail value) PLUS up to $500 in aftermarket accessories at no extra cost. The Cadillac SRX has a clean AutoCheck vehicle history report. We recommend all customers review an AutoCheck vehicle history report prior to test drive. We will gladly supply you this report at the dealership or over the phone. The exterior screams sophistication with long clean lines. It has a ton of curb appeal. This mid-size suv flexes with muscular bold lines. The eye catching style of this mid-size suv will turn heads. Relax in the plush seats of this comfortable interior. The well designed interior is both functional and comfortable. The window design gives the driver excellent visibility. The class leading technology package inside this vehicle is out of this world. Taller drivers and passengers will love the extra leg room included in this spacious cabin. The luxurious refined interior of this Cadillac SRX surrounds you with unsurpassed quality. Quality finishes and refined accents exemplify the precision engineering that went into the interior design. This is one of our most aggressively priced units. Save a ton of money on this model today! It’s priced below market book. The vehicle is priced to sell IMMEDIATELY! Move fast! Management has slashed the price to sell it this week. Financing this vehicle should be no trouble! You will be hard pressed to find another one with a price this good. The price has recently been reduced. Protect yourself by ensuring it is covered by a warranty at all times. Ask about an extended warranty.

Equipment
Never get into a cold vehicle again with the remote start feature on this vehicle. Bluetooth technology is built into this mid-size suv, keeping your hands on the steering wheel and your focus on the road. The vehicle has adjustable pedals that are luxurious and safety conscious. Keep safely connected while in the Cadillac SRX with OnStar. You may enjoy services like Automatic Crash Response, Navigation, Roadside Assistance and Hands-Free Calling. This mid-size suv has a 3.6 liter V6 Cylinder Engine high output engine. Maintaining a stable interior temperature in it is easy with the climate control system. Conquer any rainy, snowy, or icy road conditions this winter with the all wheel drive system on the vehicle. This model shines with clean polished lines coated with an elegant white finish. Help alleviate lower back pain with the driver seat lumbar support in this unit. The high efficiency automatic transmission shifts smoothly and allows you to relax while driving.

Model Overview
The SRX is offered in front-wheel-drive or all-wheel-drive models. A 300-horsepower, 3.6L V6 is standard, fitted to a 6-speed automatic transmission.
The 3.6L engine has an all-aluminum construction and direct-injection, which allows it to produce more power than most other engines its size while still using regular fuel. Despite its displacement, the new engine is quite efficient, with an EPA-estimated fuel economy of 17 city and 24 highway in front-wheel drive models. A so-called "Eco" mode stretches efficiency to one additional mile per gallon.

The all-wheel drive system in the SRX can move all available torque to either the front or rear wheels as needed, and it can also divide torque from side to side, so as to allow especially strong grip, even under power on slick roads. And with the base engine, the tow rating is 3,500 pounds--enough for a small boat or a pair of jet-skis.

The driving experience in the SRX is sophisticated and refined, thanks to the available continuously variable real-time damping system, which adjusts shock rates to road conditions. Speed-sensitive rack-and-pinion steering gives a sporty feel of the road, and electronic stability control is standard, along with anti-lock brakes.

The SRX has space for five adults in its two seating rows. A cargo management system in back includes a retractable cargo fence to restrain smaller items, along with a track system. The back seats fold flat to expand cargo space when they're not in use.

Materials in the SRX include hand-cut and hand-sewn instrument-panel trim and soft leather upholstery, with matte-metallic accents. The SRX builds on the angular, beveled design theme that most Cadillac vehicles now have, with a prominent center control stack flanked by big, vertical vents. 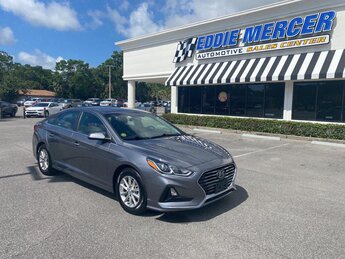